Loyalty Comes in All Shapes and Sizes, Even RVs

It’s almost here. And it’s bringing fired-up grills and iced-down coolers. College football. For most fans tailgating is a game-day ritual. You’ll find some folks out early on Saturday morning gearing up for food and fun. Travel farther south to the Heart of Dixie and the fans at one university paint a slightly bigger picture with a slightly broader stroke – and it’s all in crimson. 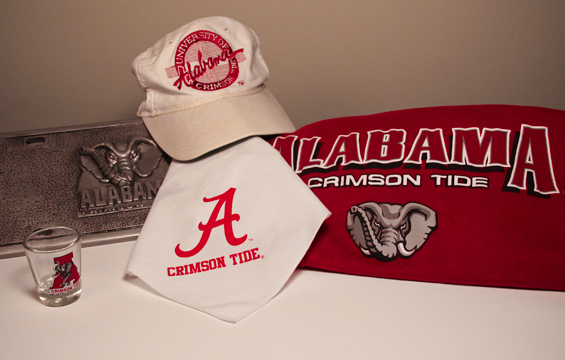 The University of Alabama fan base is nothing short of a small, third world country, traveling near and far in decorated mobile homes. When ‘Bama came to Duke last year, Duke’s associate director of athletics for external affairs began searching for 300 RV parking accommodations, six months prior to the invasion.

For home games, the gathering of RVs starts on Wednesday night. (Yes, that’s Wednesday before a Saturday game.) The RV community near campus can be comprised of as many as 400 units, packed with alums and non-alums alike. (It doesn’t matter what your diploma says, it’s what courses through your veins. And just FYI: Birth certificates in Alabama have an additional check box for infants: Alabama or Auburn.)

Warren St. John, a writer from Birmingham, set out to find what makes an Alabama fan. He interviewed a group of RV fans who were known for never missing games. He asked if anyone had problems with family members over scheduling. One retired couple slowly answered, “Well, we did miss our daughter’s wedding.” Before St. John could regain his composure, the husband offered, “We tried to tell her not to schedule anything on the third Saturday in October!” (For the less fortunate, the third Saturday in October is reserved for Alabama v. Tennessee.) In what must have been a desperate attempt to gather some small semblance of decorum, they did make it to the reception.

‘Bama fans know what their team stands for. Just ask Coach Bill Curry (from the late ‘80s) who was building a new era with three winning seasons on the books. But the fans, as reported by sports announcers, were ready to run him out of town. So, the university presented him with a contract no one would accept and he went packing to Kentucky. His “crime”? He couldn’t beat Auburn.

When we talk about “transferring ownership of your brand to your customers,” pull out the crimson-colored rouge and let the games begin. Imagine if your brand had the power of ‘Bama fans behind you.

And if you’re wondering what my birth certificate says … Roll Tide.